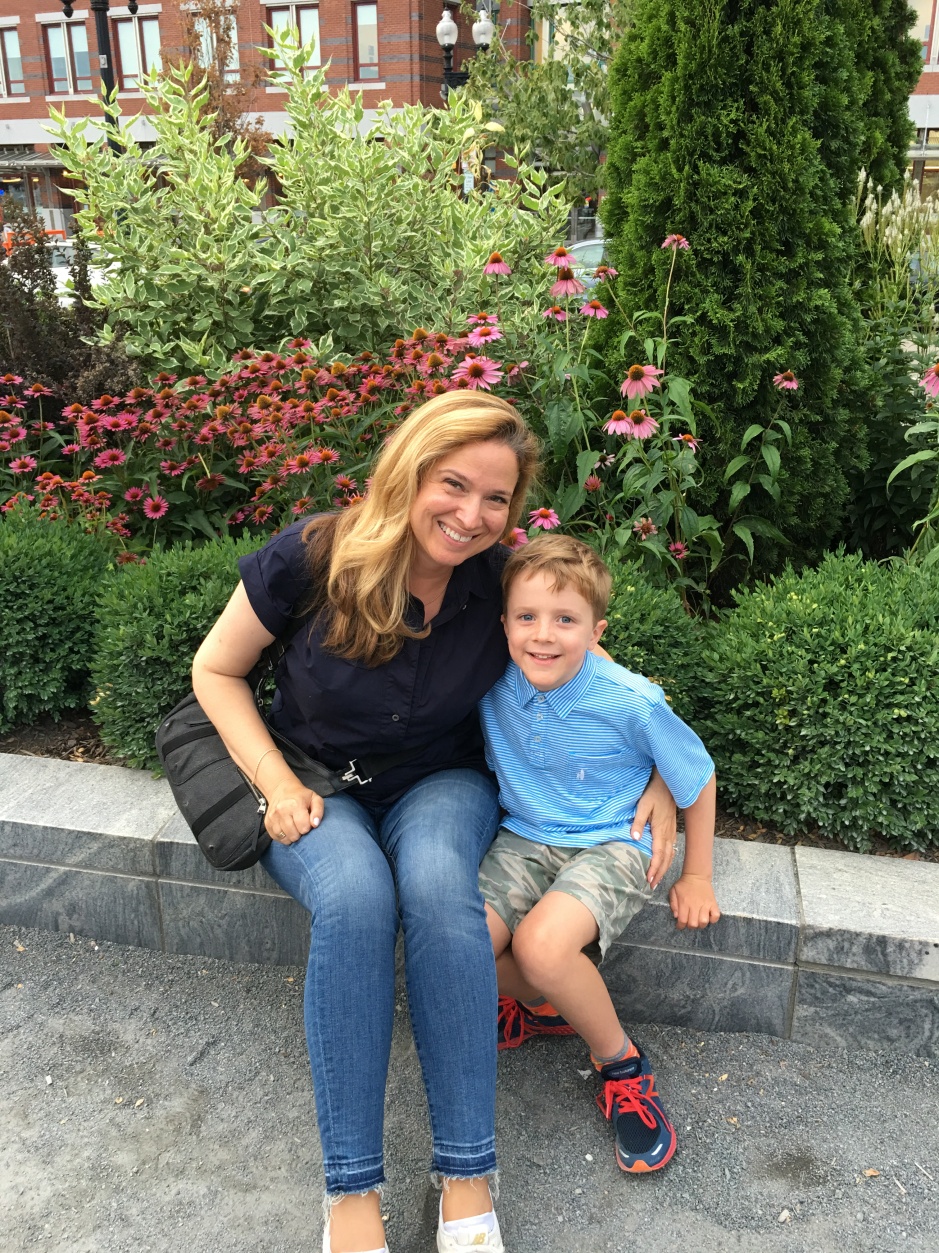 My son and I spent three days and three nights in Boston.  It was the first time for both of us.  I had only been to the airport a long time ago. It rained two out of the three days, but we still had a blast.  We bought tickets for a tour trolley with Boston Super Tours which was a great way to get around and see a lot (in the rain).  We had it for all three days and admission to the MIT Museum and a Charles River boat cruise were included.  The drivers were all really interesting and my son is still reciting facts and history he learned on the tours.  We used the trolleys to get around along with the T (which is the oldest subway in the United States) and walking.

We managed to ride the Swan Boats on the one day with no rain.  The same boats have been operating for over 100 years.  You can read about the history of this Boston Landmark here.  We walked around the Boston Common and Public Garden, which were gorgeous. 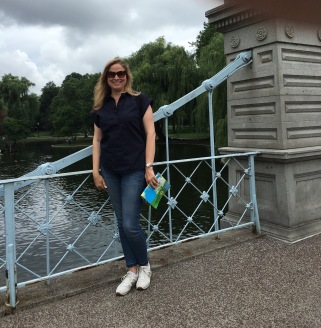 All the photos of me were taken by my six year old son and for other photos we relied on the kindness of strangers. 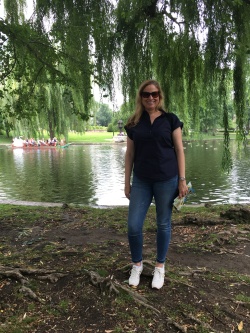 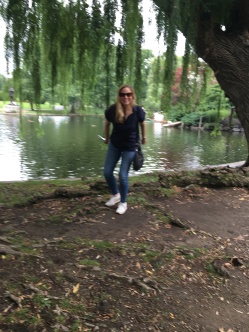 The last day after the rain, we had sun!  We stumbled upon the Charles River Esplanade, which we had seen from our river cruise.  We were following directions to Barneys on my Iphone and the map had it in the Charles River.  It was a very lucky mistake. We really enjoyed our time in Boston and look forward to future visits. 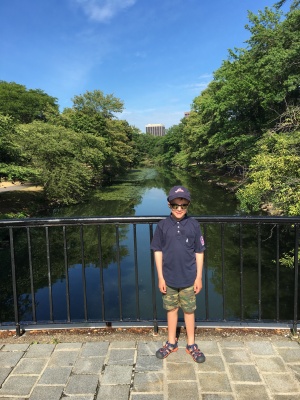 Here is to summer adventures!