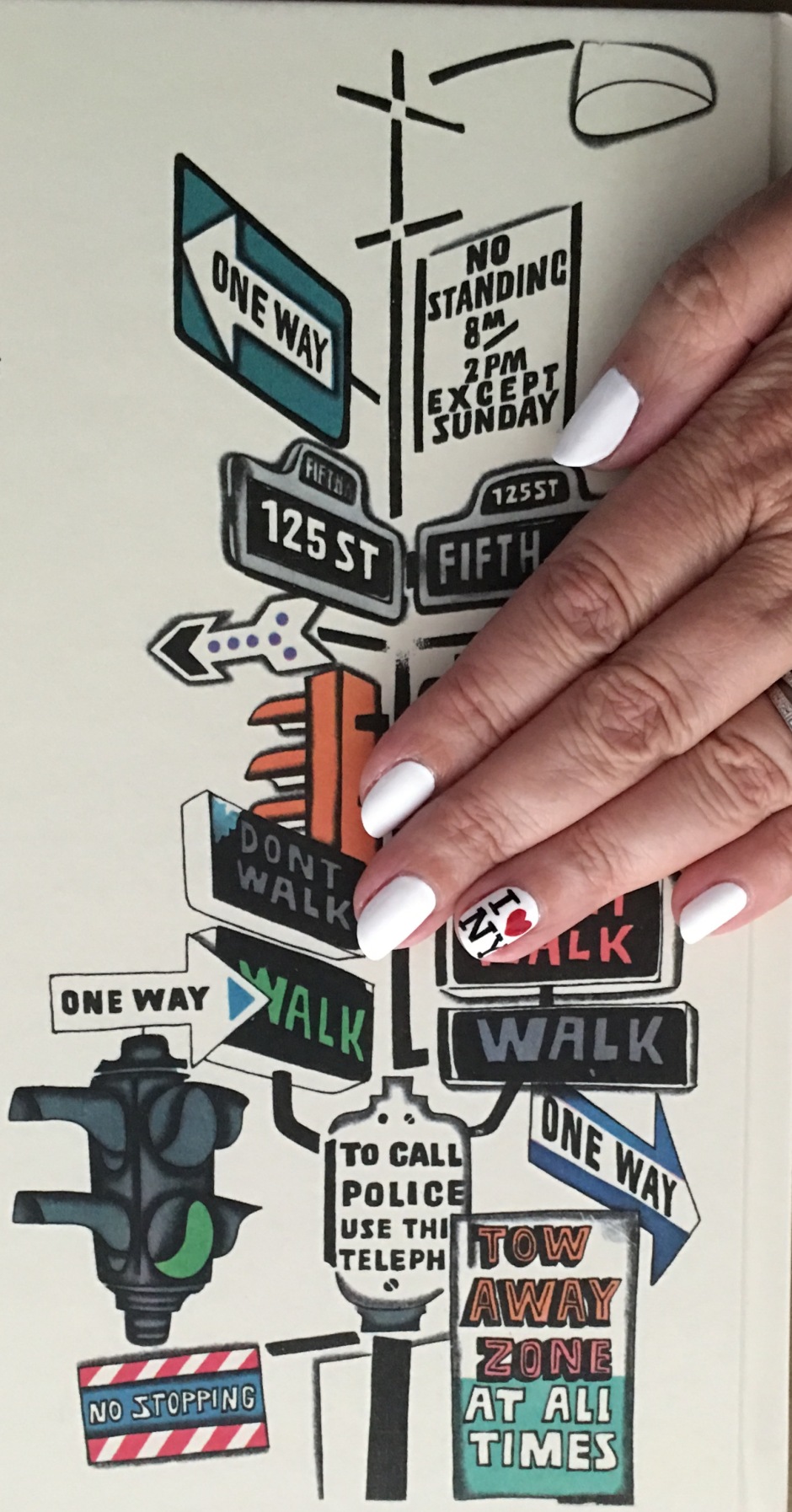 On Monday I wrote about my experience at Ground Zero on September 11, 2001 in Sliding Doors.  New York is definitely one of my favorite cities in the world and it holds a special place in my heart.  A friend gave me a I ♥ NY tee shirt during my visit back after I had moved to California.  The anniversary of this horrific and tragic day makes me want to hug all those close to me and give New York a big hug. 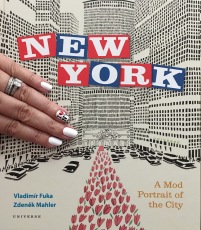 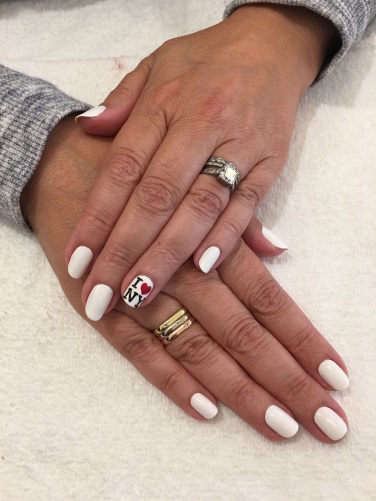 The color is “Alpine Snow” by OPI.  The manicure and nail art are by Olive & June.

It was any other Tuesday morning except that I had an early, by New York standards (9:30 am), meeting and an evening event.  It was warm out so I choose a dress (gingham) and packed makeup in my bag, which made it a bit heavier, so I could freshen up before the evening event (a company town hall).  I headed to the subway at Union Square.  I missed a train on the N/R line by seconds. The doors closed right in front of me, just like in the 1998 movie “Sliding Doors”.   I took the next train and exited at the World Trade Center. I walked out, headed toward my office at 90 West Street just after 9 am and looked at my watch to see if I had time to stop at the farmers market on Cedar Street before my meeting. Suddenly One Liberty Plaza was vibrating and I heard the sound of a plane.  I wondered who was flying so low. The next thing I heard was a huge explosion. I took my Wall Street Journal out of my bag to hold it over my head and took off running. There was a texture to the explosion and debris that I will never forget. I felt like an extra in an action movie. A calmness came over me and and an inner voice said I would be o.k., but I just needed to get out of there. I continued to move quickly until debris was no longer falling on me. I called my mother in California and got right through. I wanted her to know that a small plane had crashed into the World Trade Center and that I was fine. I did not want her worrying when she watched the Today Show later that morning. I then continued walking up the West Side to my apartment in the West Village. As I was walking someone said something about an attack on Washington, DC.  Just after that, I watched the second plane come screaming over Manhattan and crash into the second tower. I wanted to get home, but also wondered if the Empire State Building was next. I got home in time to watch the towers fall on TV.  I burst into tears.  I sent an email to friends and family.  The sound of an airplane flying overhead made the hair on the back of my neck stand up and triggered a fight or flight response for years after.

The flatlay below is the navy and white gingham dress I was wearing. Sadly the shoes (navy blue slides with a heel)  and bag were discarded in a closet clean out. The dress is like armor or a super hero costume to me. I literally ran for my life in it.   I could have been seconds earlier and made the train I missed. Two people who worked in my building at 90 West Street were in the elevator when the first plane hit. The power surged and they were trapped in the elevator and died of smoke inhalation. If not for those sliding doors, I could have been in the elevator.  I was so lucky.  I am so grateful.

We all lived in horror, but kindness and compassion was overflowing. It was amazing to make eye contact with so many people in the days that followed and feel an overwhelming sense of community. It was hard to leave New York. I love New York and always have. We visited almost two years years ago when my husband ran the marathon. I visited the memorial and had a moment when I was looking at the names on the wall where I looked for my own name.  If I had made the first subway train and the sliding doors had not closed in front of me,  my parallel path may have led to my death.  For a moment I had the chills and had to remind myself that I was still here (in this dimension) and that yes, the doors had closed in front of me.  It was surreal.  For a long time after September 11th  I really did not sweat the small stuff.  Fifteen years later I need to catch myself when I start fretting small stuff.

On September 11th this year, I visited Legoland with my son and husband which included flying in a Legoland plane with my son (what a contrast to fifteen years ago).   My son had questions about the reflecting pools and Freedom Tower in MiniLand. I told him about that day and how two buildings were intentionally destroyed and how I had run. There was a mini figure running near the memorial. He said “look mommy there you are”. HERE I AM! There I WAS.  How lucky I am to be here NOW. 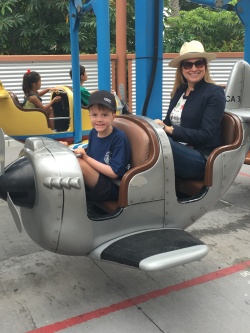 The world was forever changed that day. There is an innocence that existed up until September 10th that is no longer. With that loss of innocence comes a reminder to not take anything for granted.

Tonight as I was putting the final touches on this post, I went to a meditation class.  Before the class, I pulled a card randomly from a pile of inspirational quotes.  I pulled this quote by Ralph Waldo Emerson “When I first open my eyes upon the morning meadows and look out upon the beautiful world, I thank god that I am alive.”